As the third all-wheel-drive vehicle, the eace07 was a further development based on the concept of the eace06. While the axle kinematics and steering were adopted, the aerodynamics and electrical system were renewed. We also implemented some improvements on the vehicle dynamics control side. 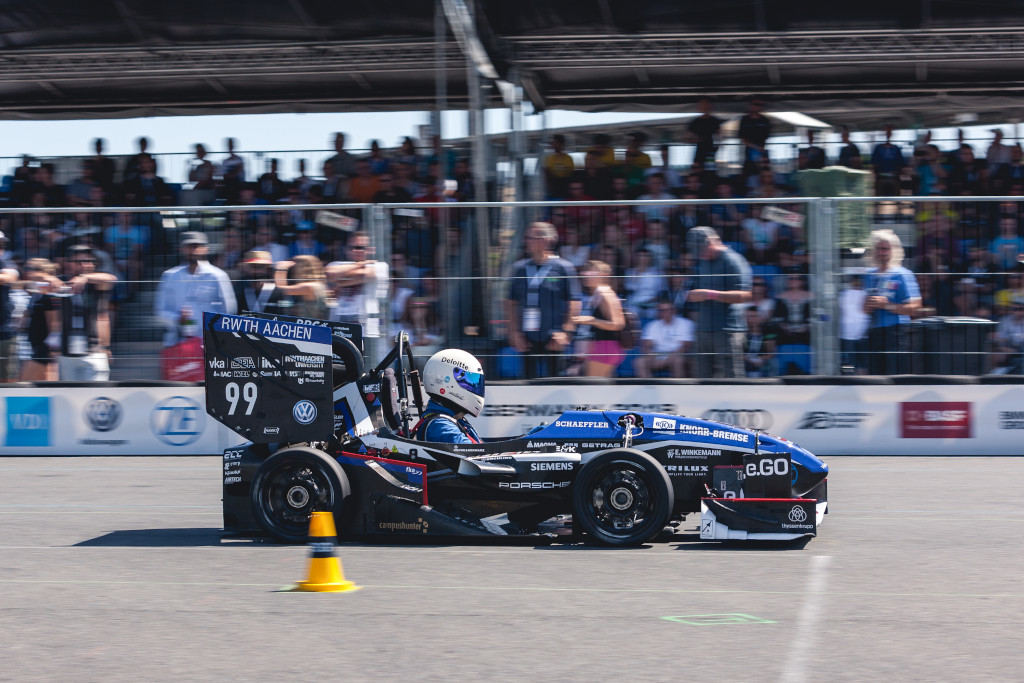 In our vehicle dynamics the  control systems like slip control and torque vectoring ensure the highest possible transfer of drive power to the road and a dynamic but stable driving condition at all times. Thanks to our proprietary energy management system, we are able to precisely determine the optimum power output at any point during the 22 km Endurance and thus keep lap times low even over long distances.

With the eace07, we focused our attention on a reliably functioning system. To achieve this, we took over functioning electrical systems from the previous year, made no major concept changes and started commissioning early. This allowed us to test several hundred kilometers before the events.

As an evolutionary concept of the previous vehicle, the aerodynamics of the eace07 relied on the old main elements of the eace06. Nevertheless, great progress was made in the development of the individual components, as well as their interaction with each other.
By far the most significant change was the new side box, and the associated side wing outlet, which not only increases the mass flow for cooling, but also gives the rear wing a much better inflow. 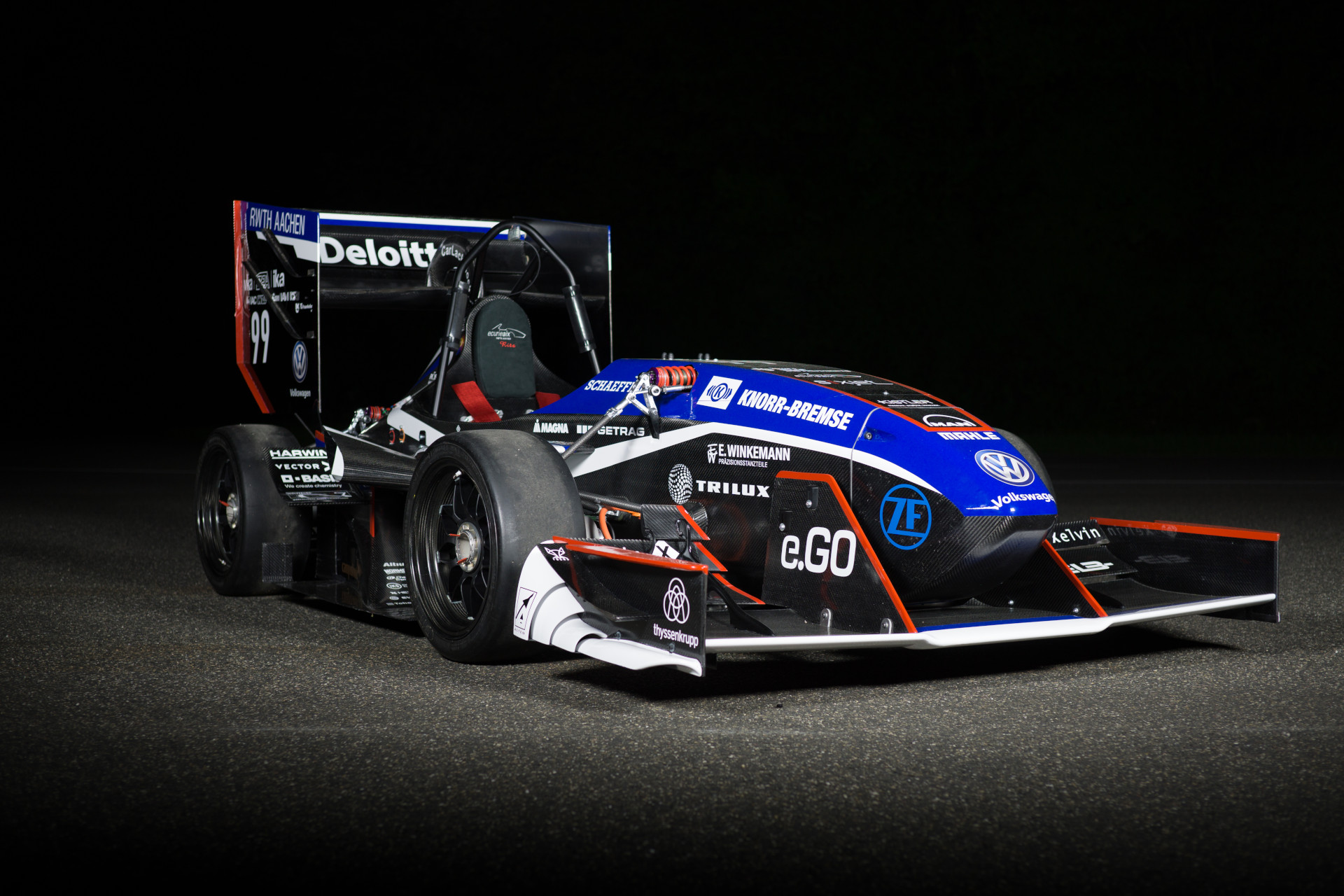